Straightening of the frame

Straightening of the heavy truck frames

Repair works that are performed: 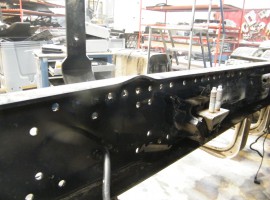 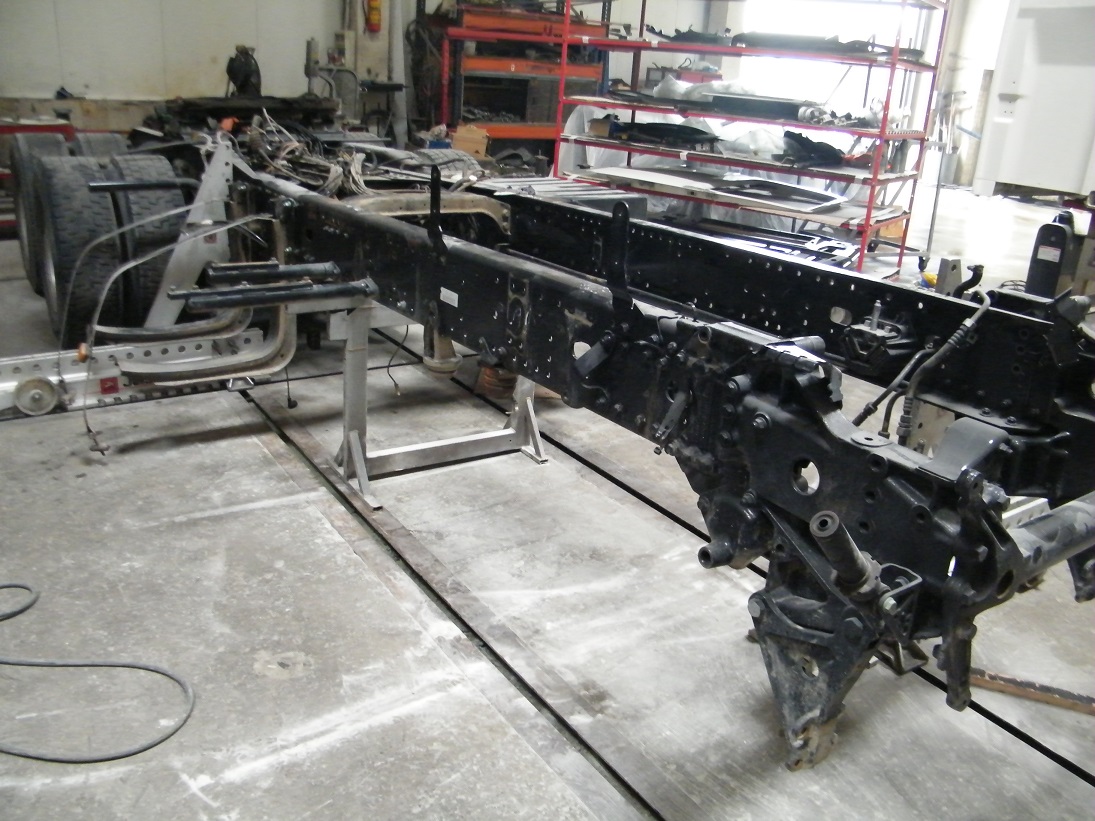 Gallery of the completed works

In order to restore the geometry of the vehicle frame and hood we are using the equipment of the world leading "JOSAM" company. "JOSAM" stands are appreciated and they are recommended by the most famous manufacturers of the heavy transport: MERCEDES-BENZ, SCANIA, VOLVO, MAN, RENAULT, DAF, IVECO.

Longitudinal spars are often bend at angle in respect of the longitudinal axis due to the internal loads. Front part of the frame often deforms a lot due to the lateral shifting. 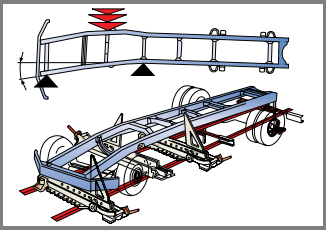 Vertical bending can occur due to several reasons: incorrectly loaded cargo or during an auto accident, when the vehicle overturns. An example of what happens, when the lorry is overloaded, is provided in the figure. 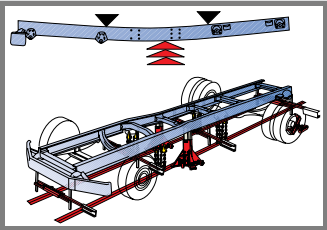 During the rotation of the frame the spars remain even, but distorted with respect to each other. Transverse beams usually remain in the correct position with respect to the spars. Often this defect occurs in the lorries with two axes. 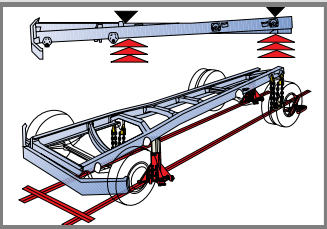 Spars shift along the frame and transverse beams do not form the proper angle with respect to the lateral elements. Such alteration of the frame diagonal often occurs due to the overturning of the lorry during an auto accident.